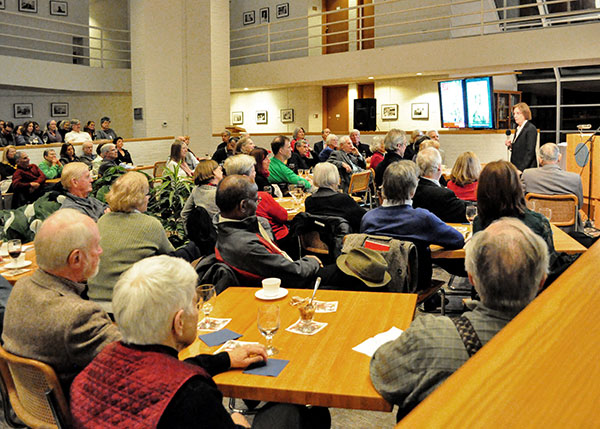 The National Humanities Center has announced its schedule of public lectures, exhibitions, and other events which touch on a wide range of topics. Events include lectures on Shakespeare’s Othello, portrayals of slavery and freedom across the Atlantic world, the history of the industrial oyster, and Viking art.
The Center will also host a second, half-day “Novel Sounds” conference on American Fiction in the Age of Rock and Roll (March 3) considering the surprising relationship between rock and roll and literary traditions and practices from the ballad tradition up to the present. The conference will feature Grammy Award-winner Steve Earle in discussion with rock historian Peter Guralnick and novelist Roddy Doyle. In association with the conference, Steve Earle will be appearing in a concert that evening presented by Carolina Performing Arts at the University of North Carolina’s Memorial Hall.
On exhibit throughout the spring will be “Textiles in Tiers,” an exhibition of selected works from Chapel Hill artists Sandy Milroy, Trudy Thomson, and Rose Warner.
To learn more about specific events or to reserve space, please follow the links below.