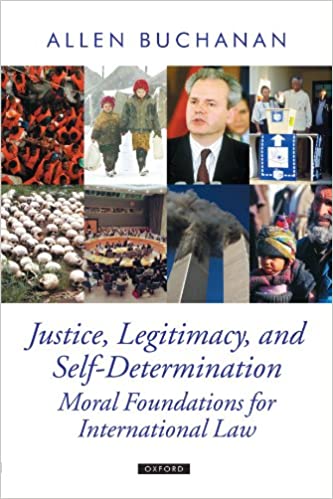 This book articulates a systematic vision of an international legal system grounded in the commitment to justice for all persons. It provides a probing exploration of the moral issues involved in disputes about secession, ethno‐national conflict, ‘the right of self‐determination of peoples’, human rights, and the legitimacy of the international legal system itself. The author advances vigorous criticisms of the central dogmas of international relations and international law, arguing that the international legal system should make justice, not simply peace, among states a primary goal, and rejecting the view that it is permissible for a state to conduct its foreign policies exclusively according to what is in the ‘national interest’. He also shows that the only alternatives are not rigid adherence to existing international law or lawless chaos in which the world's one superpower pursues its own interests without constraints. This book not only criticizes the existing international legal order, but also offers morally defensible and practicable principles for reforming it. After a Synopsis and Introduction, which discusses the idea of a moral theory of international law, the book has four parts: I: Justice (3 chapters); II: Legitimacy (3 chapters); III: Self‐Determination (2 chapters); and IV: Reform (2 chapters). The book is one of the titles in the Oxford Political Theory Series.