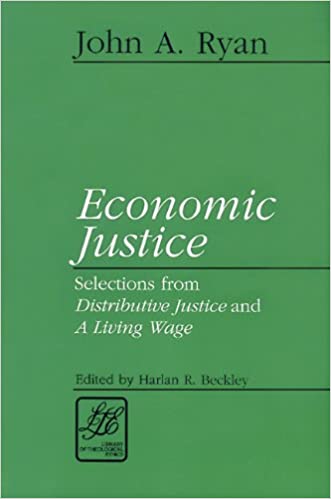 During the first half of the twentieth century, John A. Ryan developed and promoted moral arguments for reforming the economy of the United States. He was an advocate of minimum wage legislation and child labor restrictions, and he was very much involved in Franklin D. Roosevelt's New Deal. Closely connected with lawmakers, Ryan's influence has been extensive in American public policy. This volume brings to readers pertinent selections from Ryan's classic works. It will be particularly relevant to today's readers concerned about the place of religious faith in economic policy.

The Library of Theological Ethics series focuses on what it means to think theologically and ethically. It presents a selection of important and otherwise unavailable texts in easily accessible form. Volumes in this series will enable sustained dialogue with predecessors though reflection on classic works in the field.