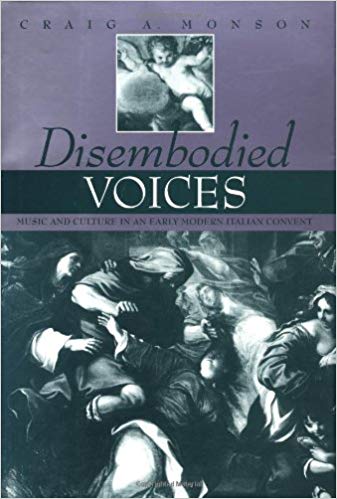 Piecing together 200 years of convent history, this engaging narrative tells the story of the nuns of Santa Cristina della Fondazza—gifted singers, instrumentalists, and composers who used music to circumvent ecclesiastical authority and to forge links with the world beyond convent walls. Craig Monson reconstructs the daily lives of Italian nuns, often in their own words, and relates their musical life to the broad social context in which it unfolded. He introduces a virtually unknown nun composer, relating her family history and how the convent allowed her creativity to flower. The study is meticulously researched, marvelously detailed, and entertaining to read.

In sixteenth- and early-seventeenth-century Bologna, approximately one-seventh of the entire female population lived behind convent walls. Santa Cristina became home for a number of gifted women musicians, many from among the upper classes, who sought "respectable" musical careers. Monson documents the struggle of these women as they fought to maintain their musical and ritual traditions in the face of persistent opposition from church officials. Figuring prominently in the story of Santa Cristina is Lucrezia Vizzana (1590-1662), Bologna's only published nun composer, who entered the convent at the age of eight.

This study is as much about social and cultural history as it is about music. The discussion ranges widely beyond musicology to draw upon art, social and political history, labor history, theology, and gender studies.