Common Morality: Deciding What to Do - National Humanities Center 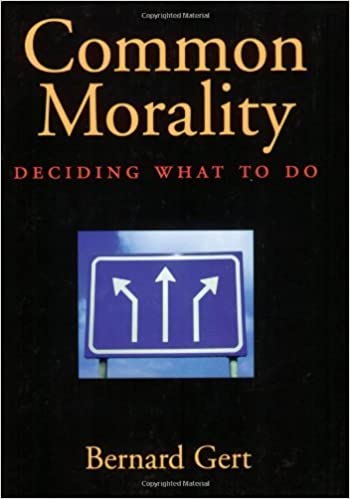 Moral problems do not always come in the form of great social controversies. More often, the moral decisions we make are made quietly, constantly, and within the context of everyday activities and quotidian dilemmas. Indeed, these smaller decisions are based on a moral foundation that few of us ever stop to think about but which guides our every action.

Here distinguished philosopher Bernard Gert presents a clear and concise introduction to what he calls "common morality"--the moral system that most thoughtful people implicitly use when making everyday, common sense moral decisions and judgments. Common Morality is useful in that--while not resolving every disagreement on controversial issues--it is able to distinguish between acceptable and unacceptable answers to moral problems.