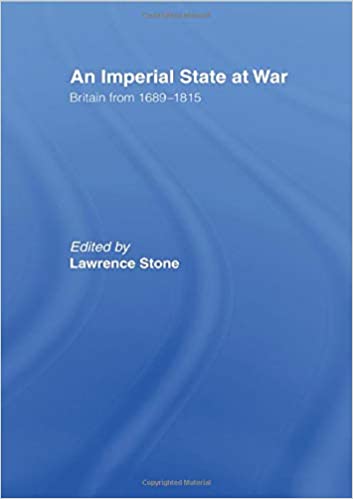 The study of eighteenth century history has been transformed by the writings of John Brewer, and most recently, with The Sinews of Power, he challenged the central concepts of British history. Brewer argues that the power of the British state increased dramatically when it was forced to pay the costs of war in defence of her growing empire. In An Imperial State at War, edited by Lawrence Stone (himself no stranger to controversy), the leading historians of the eighteenth century put the Brewer thesis under the spotlight. Like the Sinews of Power itself, this is a major advance in the study of Britain's first empire.