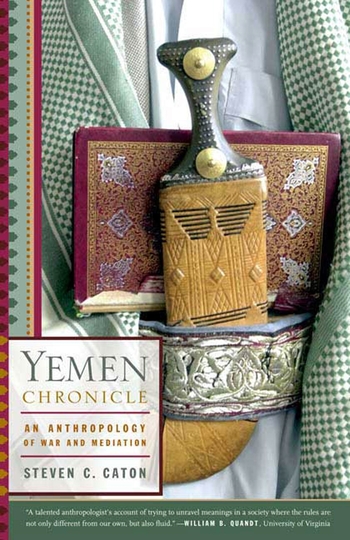 In 1979, Steven C. Caton went to a remote area of Yemen to do fieldwork on the famous oral poetry of its tribes. The recent hostage crisis in Iran made life perilous for a young American in the Middle East; worse, he was soon embroiled in a dangerous local conflict and tribal hostilities simmered for months. Yemen Chronicle is his extraordinary report both on events that ensued and on the many theoretical—let alone practical—difficulties of doing ethnography in such circumstances. Caton also offers a profound meditation on the political, cultural, and sexual components of modern Arab culture.