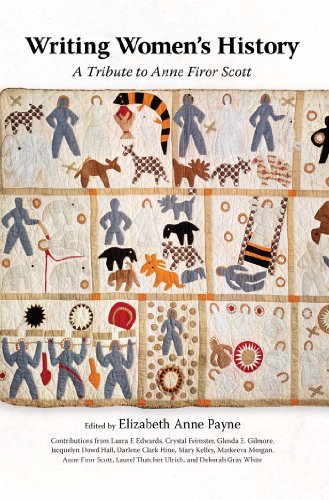 Anne Firor Scott's The Southern Lady: From Pedestal to Politics, 1830-1930 stirred a keen interest among historians in both the approach and message of her book. Using women's diaries, letters, and other personal documents, Scott brought to life southern women as wives and mothers, as members of their communities and churches, and as sometimes sassy but rarely passive agents. She brilliantly demonstrated that the familiar dichotomies of the personal versus the public, the private versus the civic, which had dominated traditional scholarship about men, could not be made to fit women's lives. In doing so, she helped to open up vast terrains of women's experiences for historical scholarship.

This volume, based on papers presented at the University of Mississippi's annual Chancellor Porter L. Fortune Symposium in Southern History, brings together essays by scholars at the forefront of contemporary scholarship on American women's history. Each regards The Southern Lady as having shaped her historical perspective and inspired her choice of topics in important ways. These essays together demonstrate that the power of imagination and scholarly courage manifested in Scott's and other early American women historians' work has blossomed into a gracious plentitude.