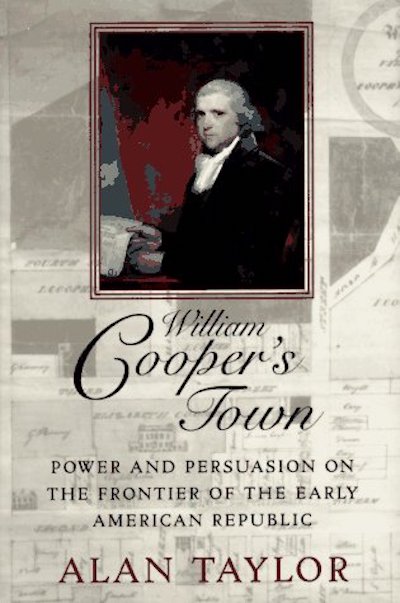 William Cooper and James Fenimore Cooper, a father and son who embodied the contradictions that divided America in the early years of the Republic, are brought to life in this Pulitzer Prize-winning book.

William Cooper rose from humble origins to become a wealthy land speculator and U.S. congressman in what had until lately been the wilderness of upstate New York, but his high-handed style of governing resulted in his fall from power and political disgrace.  His son James Fenimore Cooper became one of this country’s first popular novelists with a book, The Pioneers, that tried to come to terms with his father’s failure and imaginatively reclaim the estate he had lost.

In William Cooper’s Town, Alan Taylor dramatizes the class between gentility and democracy that was one of the principal consequences of the American Revolution, a struggle that was waged both at the polls and on the pages of our national literature.  Taylor shows how Americans resolved their revolution through the creation of new social reforms and new stories that evolved with the expansion of our frontier.