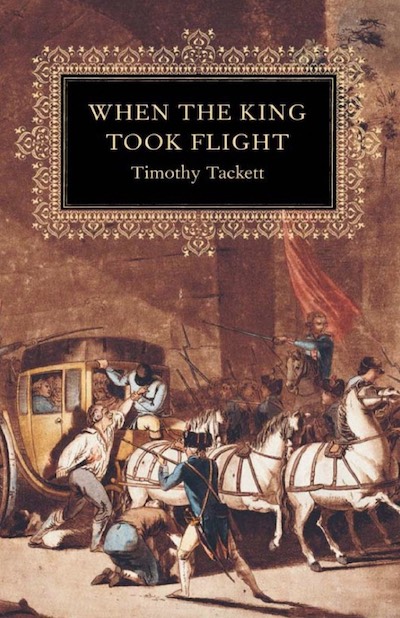 On a June night in 1791, King Louis XVI and Marie-Antoinette fled Paris in disguise, hoping to escape the mounting turmoil of the French Revolution. They were arrested by a small group of citizens a few miles from the Belgian border and forced to return to Paris. Two years later they would both die at the guillotine. It is this extraordinary story, and the events leading up to and away from it, that Timothy Tackett recounts in gripping novelistic style.

The king’s flight opens a window to the whole of French society during the Revolution. Each dramatic chapter spotlights a different segment of the population, from the king and queen as they plotted and executed their flight, to the people of Varennes who apprehended the royal family, to the radicals of Paris who urged an end to monarchy, to the leaders of the National Assembly struggling to control a spiraling crisis, to the ordinary citizens stunned by their king’s desertion. Tackett shows how Louis’s flight reshaped popular attitudes toward kingship, intensified fears of invasion and conspiracy, and helped pave the way for the Reign of Terror.

Tackett brings to life an array of unique characters as they struggle to confront the monumental transformations set in motion in 1789. In so doing, he offers an important new interpretation of the Revolution. By emphasizing the unpredictable and contingent character of this story, he underscores the power of a single event to change irrevocably the course of the French Revolution, and consequently the history of the world.