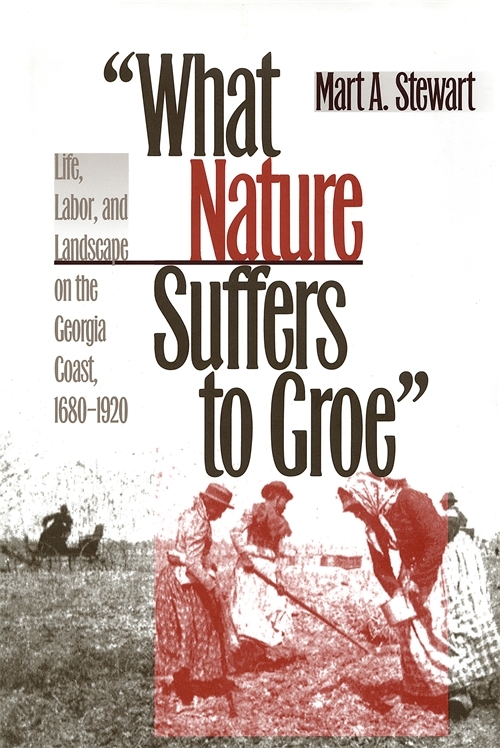 ""What Nature Suffers to Groe" explores the mutually transforming relationship between environment and human culture on the Georgia coastal plain between 1680 and 1920. Each of the successive communities on the coast-the philanthropic and imperialistic experiment of the Georgia Trustees, the plantation culture of rice and sea island cotton planters and their slaves, and the postbellum society of wage-earning freedmen, lumbermen, vacationing industrialists, truck farmers, river engineers, and New South promoters-developed unique relationships with the environment, which in turn created unique landscapes.

The core landscape of this long history was the plantation landscape, which persisted long after its economic foundation had begun to erode. The heart of this study examines the connection between power relations and different perceptions and uses of the environment by masters and slaves on lowcountry plantations-and how these differing habits of land use created different but interlocking landscapes.

Nature also has agency in this story; some landscapes worked and some did not. Mart A. Stewart argues that the creation of both individual and collective livelihoods was the consequence not only of economic and social interactions but also of changing environmental ones, and that even the best adaptations required constant negotiation between culture and nature. In response to a question of perennial interest to historians of the South, Stewart also argues that a "sense of place" grew out of these negotiations and that, at least on the coastal plain, the "South" as a place changed in meaning several times."