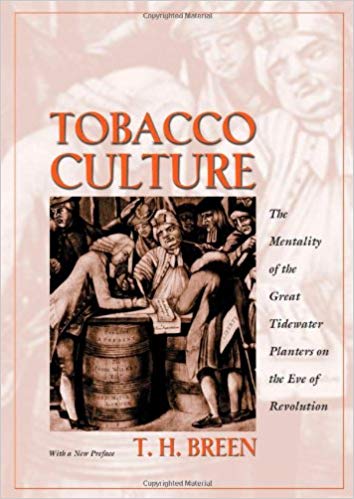 The great Tidewater planters of mid-eighteenth-century Virginia were fathers of the American Revolution. Perhaps first and foremost, they were also anxious tobacco farmers, harried by a demanding planting cycle, trans-Atlantic shipping risks, and their uneasy relations with English agents. George Washington, Thomas Jefferson, and their contemporaries lived in a world that was dominated by questions of debt from across an ocean but also one that stressed personal autonomy.

T. H. Breen’s study of this tobacco culture focuses on how elite planters gave meaning to existence. He examines the value-laden relationships — found in both the fields and marketplaces — that led from tobacco to politics, from agrarian experience to political protest, and finally to a break with the political and economic system that they believed threatened both personal independence and honor.