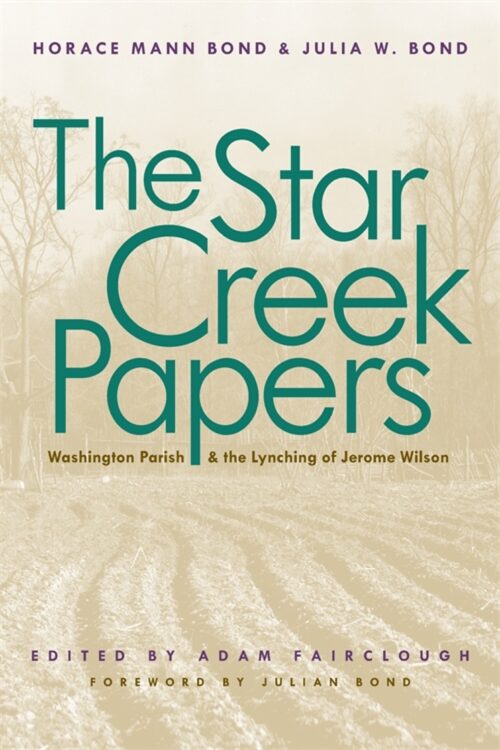 The Star Creek Papers is the never-before-published account of the complex realities of race relations in the rural South in the 1930s.

When Horace and Julia Bond moved to Louisiana in 1934, they entered a world where the legacy of slavery was miscegenation, lingering paternalism, and deadly racism. The Bonds were a young, well-educated and idealistic African American couple working for the Rosenwald Fund, a trust established by a northern philanthropist to build schools in rural areas. They were part of the "Explorer Project" sent to investigate the progress of the school in the Star Creek district of Washington Parish. Their report, which decried the teachers' lack of experience, the poor quality of the coursework, and the students' chronic absenteeism, was based on their private journal, "The Star Creek Diary," a shrewdly observed, sharply etched, and affectionate portrait of a rural black community.

Horace Bond was moved to write a second document, "Forty Acres and a Mule," a history of a black farming family, after Jerome Wilson was lynched in 1935. The Wilsons were thrifty landowners whom Bond knew and respected; he intended to turn their story into a book, but the chronicle remained unfinished at his death. These important primary documents were rediscovered by civil rights scholar Adam Fairclough, who edited them with Julia Bond's support.