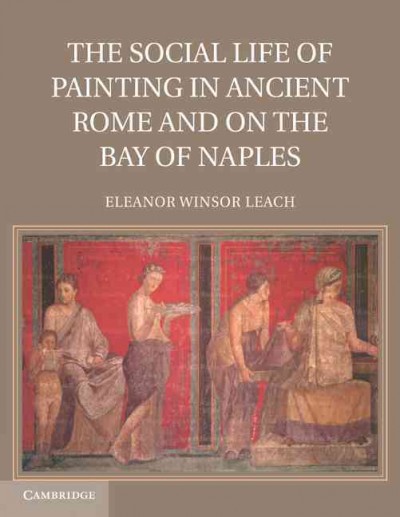 Eleanor Winsor Leach offers a new interpretation of Roman painting as found in domestic spaces of the elite classes of ancient Rome. Leach contends that the painted images reflect the codes of communication embedded in upper class life, such as the theatricality expected of those leading public lives, the self-conscious assimilation of Hellenistic culture among aristocrats, and their ambivalent attitudes towards luxury.