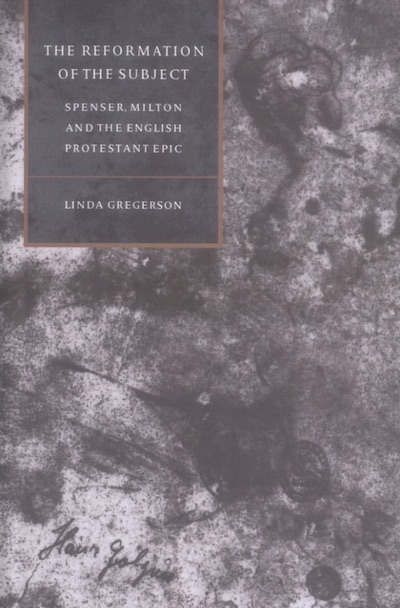 The Reformation of the Subject is a study of the cultural contradictions that gave birth to the English Protestant epic. In lucid and theoretically sophisticated language, Linda Gregerson examines the fraught ideological, political and gender conflicts that are woven into the texture of The Faerie Queene and Paradise Lost. She reminds us that Reformation iconoclasts viewed verbal images with the same aversion as visual images, because they too were capable of waylaying the human imagination. Through a series of detailed readings, Gregerson examines the different strategies adopted by Spenser and Milton as they sought to distinguish their poems from idols yet preserve the shaping power that iconoclasts have long attributed to icons. Tracing the transformation of the epic poem into an instrument for the reformation of the political subject, Gregerson thus provides an illuminating contribution to our understanding of the ways in which subjectivities are historically produced.