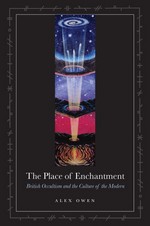 By the end of the nineteenth century, Victorians were seeking rational explanations for the world in which they lived. The radical ideas of Charles Darwin had shaken traditional religious beliefs. Sigmund Freud was developing his innovative models of the conscious and unconscious mind. And anthropologist James George Frazer was subjecting magic, myth, and ritual to systematic inquiry. Why, then, in this quintessentially modern moment, did late-Victorian and Edwardian men and women become absorbed by metaphysical quests, heterodox spiritual encounters, and occult experimentation? In answering this question for the first time, The Place of Enchantment breaks new ground in its consideration of the role of occultism in British culture prior to World War I. Rescuing occultism from its status as an "irrational indulgence" and situating it at the center of British intellectual life, Owen argues that an involvement with the occult was a leitmotif of the intellectual avant-garde. Carefully placing a serious engagement with esotericism squarely alongside revolutionary understandings of rationality and consciousness, Owen demonstrates how a newly psychologized magic operated in conjunction with the developing patterns of modern life. She details such fascinating examples of occult practice as the sex magic of Aleister Crowley, the pharmacological experimentation of W. B. Yeats, and complex forms of astral clairvoyance as taught in secret and hierarchical magical societies like the Hermetic Order of the Golden Dawn. Through a remarkable blend of theoretical discussion and intellectual history, Owen has produced a work that moves far beyond a consideration of occultists and their world. Bearing directly on our understanding of modernity, her conclusions will force us to rethink the place of the irrational in modern culture.