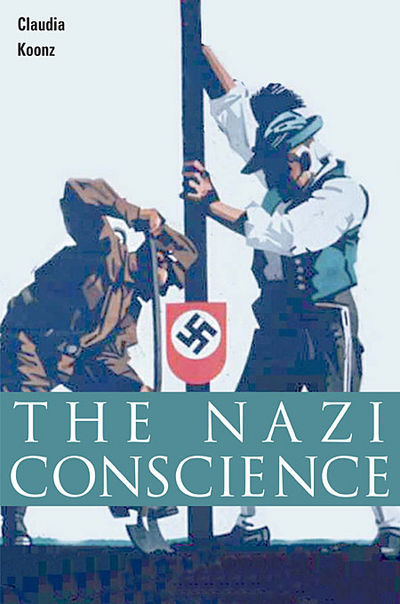 The Nazi conscience is not an oxymoron. In fact, the perpetrators of genocide had a powerful sense of right and wrong, based on civic values that exalted the moral righteousness of the ethnic community and denounced outsiders.

Claudia Koonz’s latest work reveals how racial popularizers developed the infrastructure and rationale for genocide during the so-called normal years before World War II. Her careful reading of the voluminous Nazi writings on race traces the transformation of longtime Nazis’ vulgar anti-Semitism into a racial ideology that seemed credible to the vast majority of ordinary Germans who never joined the Nazi Party. Challenging conventional assumptions about Hitler, Koonz locates the source of his charisma not in his summons to hate, but in his appeal to the collective virtue of his people, the Volk.

From 1933 to 1939, Nazi public culture was saturated with a blend of racial fear and ethnic pride that Koonz calls ethnic fundamentalism. Ordinary Germans were prepared for wartime atrocities by racial concepts widely disseminated in media not perceived as political: academic research, documentary films, mass-market magazines, racial hygiene and art exhibits, slide lectures, textbooks, and humor. By showing how Germans learned to countenance the everyday persecution of fellow citizens labeled as alien, Koonz makes a major contribution to our understanding of the Holocaust.

The Nazi Conscience chronicles the chilling saga of a modern state so powerful that it extinguished neighborliness, respect, and, ultimately, compassion for all those banished from the ethnic majority.