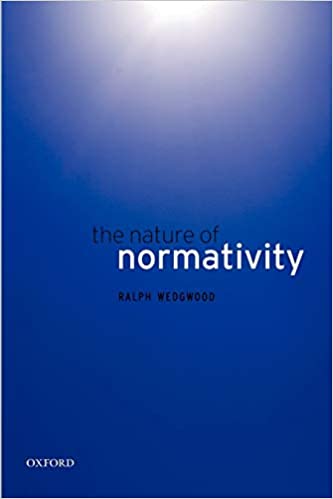 The Nature of Normativity presents a complete theory about the nature of normative thought - that is, the sort of thought that is concerned with what ought to be the case, or what we ought to do or think. Ralph Wedgwood defends a kind of realism about the normative, according to which normative truths or facts are genuinely part of reality.

Anti-realists often complain that realism gives rise to demands for explanation that it cannot adequately meet. What is the nature of these normative facts? How could we ever know them or even refer to them in language or thought? Wedgwood accepts that any adequate version of realism must answer these explanatory demands. However, he seeks to show that these demands can be met - in large part by relying on a version of the idea, which has been much discussed in recent work in the philosophy of mind, that the intentional is normative - that is, that there is no way of explaining the nature of the various sorts of mental states that have intentional or representational content (such as beliefs, judgments, desires, decisions, and so on), without stating normative facts. On the basis of this idea, Wedgwood provides a detailed systematic theory that deals with the following three areas: the meaning of statements about what ought to be; the nature of the facts stated by these statements; and what justifies us in holding beliefs about what ought to be.