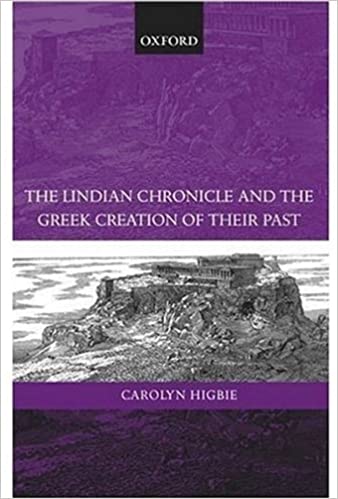 Carolyn Higbie uses an inscription of the first century BC from Lindos to study the ancient Greeks and their past. The inscription contains two inventories. The first catalogues some forty objects given to Athena Lindia by figures from the mythological past (including Heracles, Helen, and Menelaus) and the historical past (including Alexander the Great and Hellenistic figures). The second catalogues three epiphanies of Athena Lindia to the townspeople when they were in need of her assistance. By drawing on anthropological approaches as well as archaeological and literary evidence, this book explores what was important to the Greeks about their past, how they reconstructed it, and how they made use of it in their present.

Higbie, Carolyn (NHC Fellow, 2003–04). The Lindian Chronicle and the Greek Creation of Their Past. New York: Oxford University Press, 2003.