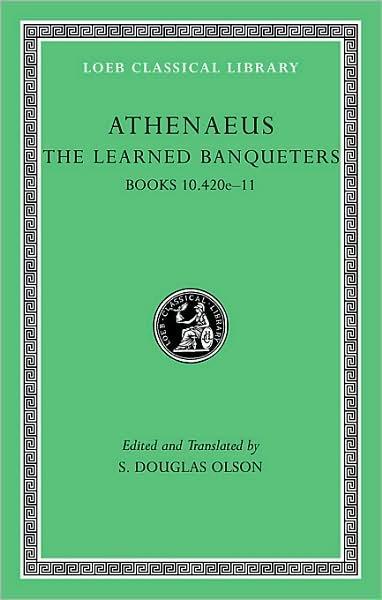 In The Learned Banqueters, Athenaeus describes a series of dinner parties at which the guests quote extensively from Greek literature. The work (which dates to the very end of the second century CE) is amusing reading and of extraordinary value as a treasury of quotations from works now lost. Athenaeus also preserves a wide range of information about different cuisines and foodstuffs; the music and entertainments that ornamented banquets; and the intellectual talk that was the heart of Greek conviviality. S. Douglas Olson has undertaken to produce a complete new edition of the work, replacing the previous seven-volume Loeb Athenaeus (published under the title Deipnosophists).