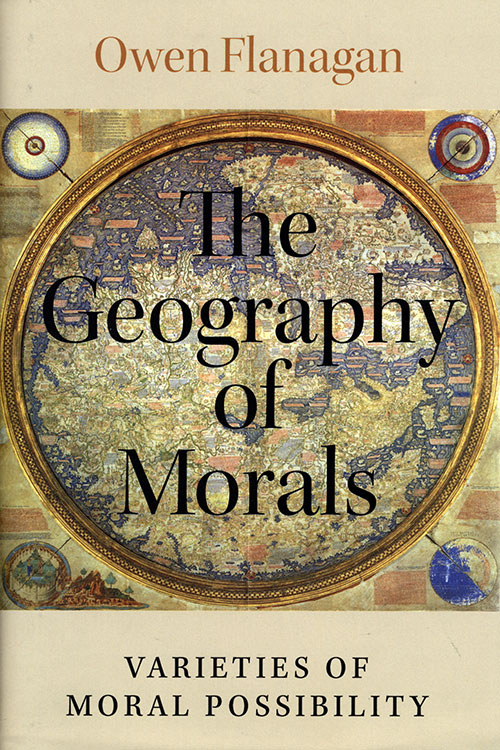 The Geography of Morals is a work of extraordinary ambition: an indictment of the parochialism of Western philosophy, a comprehensive dialogue between anthropology, empirical moral psychology, behavioral economics, and cross-cultural philosophy, and a deep exploration of the opportunities for self, social, and political improvement provided by world philosophy.

We live in multicultural, cosmopolitan worlds. These worlds are distinctive moral ecologies in which people enact and embody different lived philosophies and conceive of mind, morals, and the meaning of life differently from the typical WEIRD -- Western, Educated, Industrialized, Rich, Democratic -- person. This is not a predicament; it is an opportunity. Many think that cross cultural understanding is useful for developing a modus vivendi where people from different worlds are not at each other's throats and tolerate each other. Flanagan presses the much more exciting possibility that cross-cultural philosophy provides opportunities for exploring the varieties of moral possibility, learning from other traditions, and for self, social, and political improvement. There are ways of worldmaking in other living traditions -- Confucian, Daoist, Buddhist, Hindu, Jain, Muslim, Amerindian, and African -- that citizens in Western countries can benefit from. Cross-cultural learning is protection against what Alasdair MacIntyre refers to as being "imprisoned by one's upbringing."

Flanagan takes up perennial topics of whether there is anything to the idea of a common human nature, psychobiological sources of human morality, the nature of the self, the role of moral excellence in a good human life, and whether and how empirical inquiry into morality can contribute to normative ethics. The Geography of Morals exemplifies how one can respectfully conceive of multiculturalism and global interaction as providing not only opportunities for business and commerce, but also opportunities for socio-moral and political improvement on all sides. This is a book that aims to change how normative ethics and moral psychology are done.