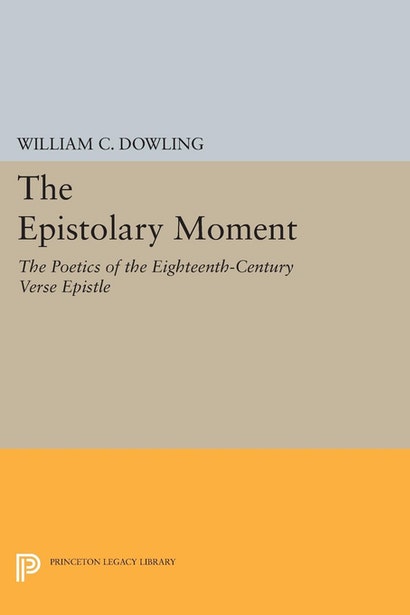 The eighteenth-century verse epistle, argues William Dowling, was an attempt to solve in literary terms the dilemma of solipsism as raised by Locke and Hume. The focus of The Epistolary Moment is on internal audience in poetry — the audience “inside” the poem, created by its discourse and belonging to its world — as this divides in epistolary poetry into a double or simultaneous register of address: the audience directly addressed by the letter-writer, and an epistolary audience listening in on the exchange from a point external to the discourse of the speaker but internal to the discourse of the poem. Epistolary audience lies, contends The Epistolary Moment, at the heart of an Augustan theory of poetry as ideological intervention, poems as symbolic acts with enormous consequences in the domain of the real. The emergence of the verse epistle as the dominant form in eighteenth-century poetry thus takes as its ultimate context the origins of eighteenth-century solipsism in a degraded modernity symbolized by Sir Robert Walpole and his Robinocracy, the demonic representatives of a new money or market society arising from the ruins of organic or traditional community.