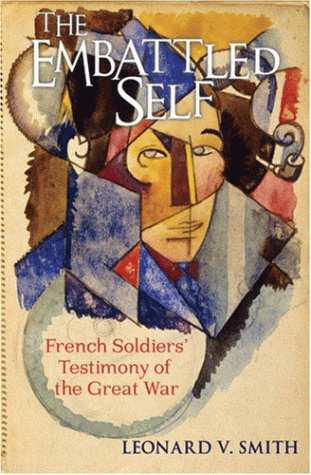 How did the soldiers in the trenches of the Great War understand and explain battlefield experience, and themselves through that experience? Situated at the intersection of military history and cultural history, The Embattled Self draws on the testimony of French combatants to explore how combatants came to terms with the war. In order to do so, they used a variety of narrative tools at hand—rites of passage, mastery, a character of the soldier as a consenting citizen of the Republic. None of the resulting versions of the story provided a completely consistent narrative, and all raised more questions about the "truth" of experience than they answered. Eventually, a story revolving around tragedy and the soldier as victim came to dominate—even to silence—other types of accounts. In thematic chapters, Leonard V. Smith explains why the novel structured by a specific notion of trauma prevailed by the 1930s. Smith canvasses the vast literature of nonfictional and fictional testimony from French soldiers to understand how and why the "embattled self" changed over time. In the process, he undermines the conventional understanding of the war as tragedy and its soldiers as victims, a view that has dominated both scholarly and popular opinion since the interwar period. The book is important reading not only for traditional historians of warfare but also for scholars in a variety of fields who think critically about trauma and the use of personal testimony in literary and historical studies.