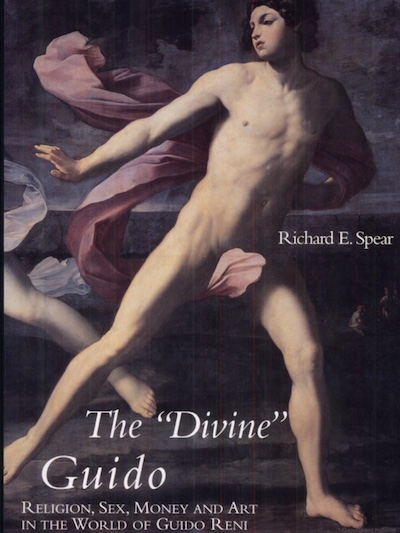 In this highly original study of Italian baroque master Guido Reni (1575-1642), Richard Spear paints a compelling portrait of the artist -- his complexities, his formative experiences, his cultural surroundings, and his unique sensibilities. Spear views Reni's career from a wide variety of perspectives and sets his life and works in social, economic, historical, artistic, religious, and psychological contexts.

The author focuses first on Reni's peculiar character: a man at once deeply religious, rabidly misogynist, reportedly virginal, neurotically fearful of witches, and addicted to gambling. Drawing on psychoanalytical, feminine, and gay studies, Spear reveals how the artist's personality affected his studio procedures, style, and choice of subject matter, including an exceptional number of representations of de-sexualized suicidal women. Spear also examines Reni's "divine grace", which elevated him to the loftiest artistic ranks alongside Raphael and Apelles. The author considers the enduring charisma of Reni's Crucifixions, weeping Marys, and repentant saints in the light of the Catholic doctrinal meaning of grace in Reni's time, the Church's attitude toward Mary and women, and the gendered implications of visual grace. Chapters on Reni's pricing policies, selling strategies, use of assistants, and attitude toward what constituted an "original", expose the motivating importance of money for Reni, and the concerns, even among seventeenth-century collectors, about how to distinguish original paintings from studio replicas or copies. The book investigates the ways Renaissance and baroque attitudes toward art-making affected Reni and closes with a fresh view of Reni's unfinishedcanvases and last style, including the Divine Love, the beautiful and unusual painting that remained in Reni's studio at the time of his death.