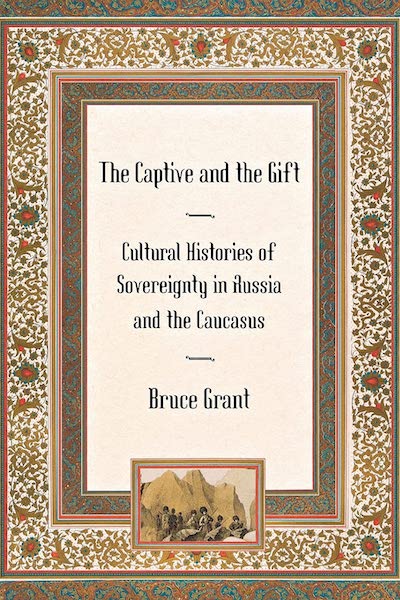 The Caucasus region of Eurasia, wedged in between the Black and Caspian Seas, encompasses the modern territories of Armenia, Azerbaijan, and Georgia, as well as the troubled republic of Chechnya in southern Russia. A site of invasion, conquest, and resistance since the onset of historical record, it has earned a reputation for fearsome violence and isolated mountain redoubts closed to outsiders. Over extended efforts to control the Caucasus area, Russians have long mythologized stories of their countrymen taken captive by bands of mountain brigands.In The Captive and the Gift, the anthropologist Bruce Grant explores the long relationship between Russia and the Caucasus and the means by which sovereignty has been exercised in this contested area. Taking his lead from Aleksandr Pushkin's 1822 poem "Prisoner of the Caucasus," Grant explores the extraordinary resonances of the themes of violence, captivity, and empire in the Caucasus through mythology, poetry, short stories, ballet, opera, and film. Grant argues that while the recurring Russian captivity narrative reflected a wide range of political positions, it most often and compellingly suggested a vision of Caucasus peoples as thankless, lawless subjects of empire who were unwilling to acknowledge and accept the gifts of civilization and protection extended by Russian leaders.Drawing on years of field and archival research, Grant moves beyond myth and mass culture to suggest how real-life Caucasus practices of exchange, by contrast, aimed to control and diminish rather than unleash and increase violence. The result is a historical anthropology of sovereign forms that underscores how enduring popular narratives and close readings of ritual practices can shed light on the management of pluralism in long-fraught world areas.

Grant, Bruce (NHC Fellow, 2000–01). The Captive and the Gift: Cultural Histories of Sovereignty in Russia and the Caucasus. Culture and Society after Socialism. Ithaca, NY: Cornell University Press, 2009.