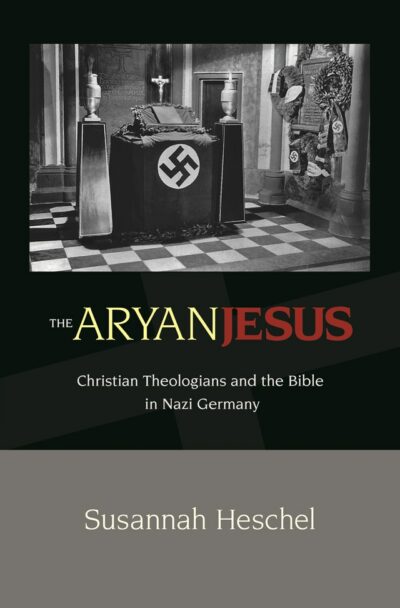 Was Jesus a Nazi? During the Third Reich, German Protestant theologians, motivated by racism and tapping into traditional Christian anti-Semitism, redefined Jesus as an Aryan and Christianity as a religion at war with Judaism. In 1939, these theologians established the Institute for the Study and Eradication of Jewish Influence on German Religious Life. In The Aryan Jesus, Susannah Heschel shows that during the Third Reich, the Institute became the most important propaganda organ of German Protestantism, exerting a widespread influence and producing a nazified Christianity that placed anti-Semitism at its theological center.

Based on years of archival research, The Aryan Jesus examines the membership and activities of this controversial theological organization. With headquarters in Eisenach, the Institute sponsored propaganda conferences throughout the Nazi Reich and published books defaming Judaism, including a dejudaized version of the New Testament and a catechism proclaiming Jesus as the savior of the Aryans. Institute members — professors of theology, bishops, and pastors — viewed their efforts as a vital support for Hitler’s war against the Jews. Heschel looks in particular at Walter Grundmann, the Institute’s director and a professor of the New Testament at the University of Jena. Grundmann and his colleagues formed a community of like-minded Nazi Christians who remained active and continued to support each other in Germany’s postwar years.

The Aryan Jesus raises vital questions about Christianity’s recent past and the ambivalent place of Judaism in Christian thought.