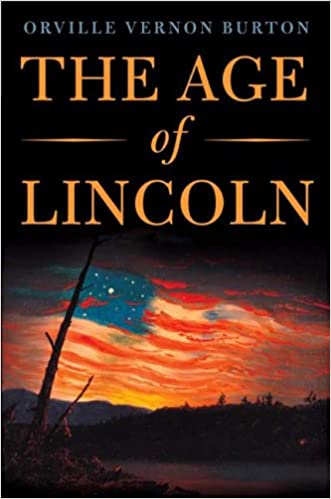 Stunning in its breadth and conclusions, The Age of Lincoln is a fiercely original history of the five decades that pivoted around the presidency of Abraham Lincoln. Abolishing slavery, the age's most extraordinary accomplishment, was not its most profound. The enduring legacy of the age of Lincoln was inscribing personal liberty into the nation's millennial aspirations.

America has always perceived providence in its progress, but in the 1840s and 1850s pessimism accompanied marked extremism, as Millerites predicted the Second Coming, utopianists planned perfection, Southerners made slavery an inviolable honor, and Northerners conflated Manifest Destiny with free-market opportunity. Even amid historic political compromises the middle ground collapsed. In a remarkable reappraisal of Lincoln, the distinguished historian Orville Vernon Burton shows how the president's authentic Southernness empowered him to conduct a civil war that redefined freedom as a personal right to be expanded to all Americans. In the violent decades to follow, the extent of that freedom would be contested but not its central place in what defined the country.

Presenting a fresh conceptualization of the defining decades of modern America, The Age of Lincoln is narrative history of the highest order.