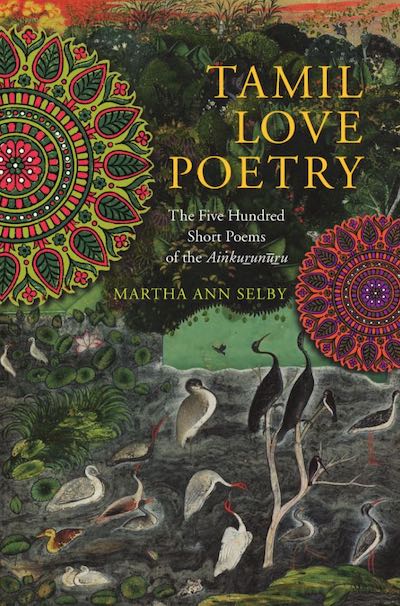 Dating from the early decades of the third century C.E., the Ainkurunuru is believed to be the world's earliest anthology of classical Tamil love poetry. Commissioned by a Cera-dynasty king and composed by five masterful poets, the anthology illustrates the five landscapes of reciprocal love: jealous quarreling, anxious waiting and lamentation, clandestine love before marriage, elopement and love in separation, and patient waiting after marriage.

Despite its centrality to literary and intellectual traditions, the Ainkurunuru remains relatively unknown beyond specialists. Martha Ann Selby, well-known translator of classical Indian poetry and literature, takes the bold step of opening this anthology to all readers, presenting crystalline translations of 500 poems dense with natural imagery and early examples of South Indian culture. Because of their form's short length, the anthology's five authors rely on double entendre and sophisticated techniques of suggestion, giving their poems an almost haikulike feel. Groups of verse center on one unique figure, in some cases an object or an animal, in others a line of direct address or a specific conversation or situation. Selby introduces each section with a biographical sketch of the poet and the conventions at work within the landscape. She then incorporates notes explaining shifting contexts.