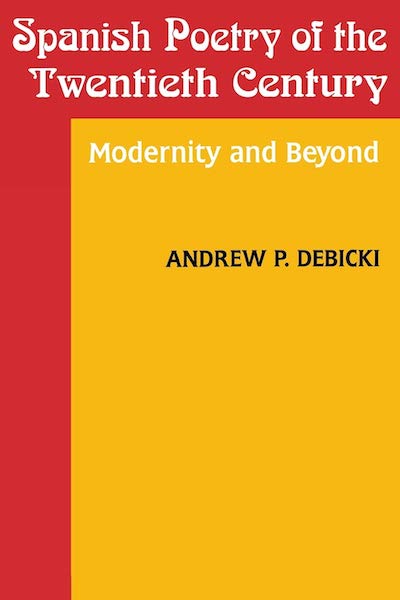 Twentieth-century Spanish poetry has received comparatively little attention from critics writing in English. Andrew Debicki now presents the first English-language history published in the United States to examine the sweep of modern Spanish verse. More important, he is the first to situate Spanish poetry in the context of European modernity, to trace its trajectory from the symbolists to the postmodernists.

Avoiding the rigid generational schemes and catalogs of names found in traditional Hispanic literary histories, Debicki offers detailed discussions of salient books and texts to construct an original and compelling view of his subject. He demonstrates that contemporary Spanish verse is rooted in the modem tradition and poetics that see the text as a unique embodiment of complex experiences. He then traces the evolution of that tradition in the early decades of the century and its gradual disintegration from the 1950s to the present as Spanish poetry came to reflect features of the postmodern, especially the poetics of text as process rather than as product.

By centering his study on major periods and examining within each the work of poets of different ages, Debicki develops novel perspectives. The late 1960s and early 1970s, for example, were not merely the setting for a new aestheticist generation but an era of exceptional creativity in which both established and new writers engendered a profound, intertextual, and often self-referential lyricism. This book will be essential reading for specialists in modern Spanish letters, for advanced students, and for readers inter-ested in comparative literature.