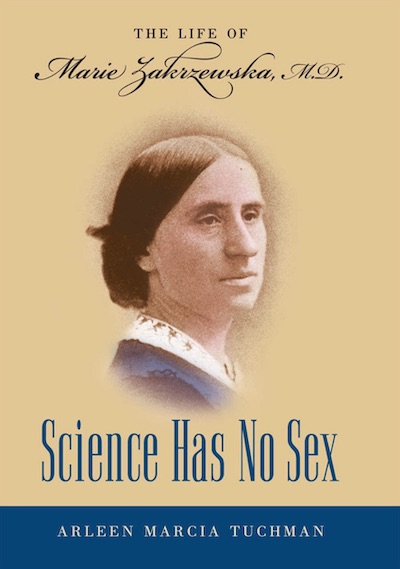 German-born Marie Zakrzewska (1829-1902) was one of the most prominent female physicians of nineteenth-century America. Best known for creating a modern hospital and medical education program for women, Zakrzewska battled against the gendering of science and the restrictive definitions of her sex. In Science Has No Sex, Arleen Tuchman examines the life and work of a woman who continues to challenge historians of gender to this day.

At a time when most women physicians laid claim to "female" qualities of care and nurturance to justify their professional choice, Zakrzewska insisted that all physicians, regardless of gender, should depend upon the rational faculties developed through training in the natural sciences. She viewed science as a democratizing tool--anyone could master science, she asserted, and therefore the doors to the elite profession of medicine should be opened to all.

Shedding light on the changes that radically transformed medicine in the late nineteenth century, Tuchman's analysis also demonstrates how Zakrzewska's activism is important to the ongoing debate over the relationship between science and sex.