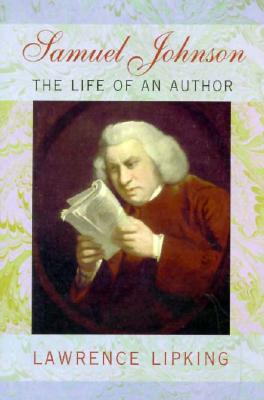 He was a servant to the public, a writer for hire. He was a hero, an author adding to the glory of his nation. But can a writer be both hack and hero? The career of Samuel Johnson, recounted here by Lawrence Lipking, proves that the two can be one. And it further proves, in its enduring interest for readers, that academic fashions today may be a bit hasty in pronouncing the “death of the author.”

A book about the life of an author, about how an author is made, not born, Lipking’s Samuel Johnson is the story of the man as he lived—and lives—in his work. Tracing Johnson’s rocky climb from anonymity to fame, in the course of which he came to stand for both the greatness of English literature and the good sense of the common reader, the book shows how this life transformed the very nature of authorship.

Beginning with the defiant letter to Chesterfield that made Johnson a celebrity, Samuel Johnson offers fresh readings of all the writer’s major works, viewed through the lens of two ongoing preoccupations: the urge to do great deeds—and the sense that bold expectations are doomed to disappointment. Johnson steers between the twin perils of ambition and despondency. Mounting a challenge to the emerging industry that glorified and capitalized on Shakespeare, he stresses instead the playwright’s power to cure the illusions of everyday life. All Johnson’s works reveal his extraordinary sympathy with ordinary people. In his groundbreaking Dictionary, in his poems and essays, and in The Lives of the English Poets, we see Johnson becoming the key figure in the culture of literacy that reaches from his day to our own.