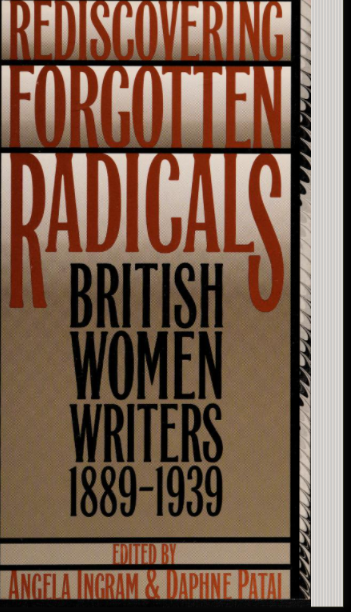 Rediscovering Forgotten Radicals reintroduces the work of writers and activists whose texts, and often whose very lives, were passionately engaged in the major political issues of their times but who have been displaced from both the historical and the literary record. Focusing on seventeen writers whose common concern was radically to change the status quo, this collection of thirteen essays challenges not only the neglect of these particular writers but also the marginalization of women from British political life and literary history. This volume's recuperation of them alters our appraisal of their literary period and defines their influence on struggles still very much alive today--including the suffrage movement, feminism, anti-vivisection, reproductive rights, trade unionism, pacifism, and socialism. The radicals of 1889-1939, whether or not widely read in their own day, speak in different ways to the 'intelligent discontent' of many people in our time.