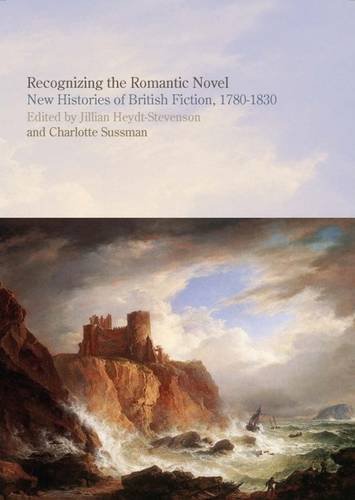 The British Romantic era was a vibrant and exciting time in the history of the novel. Yet, aside from a few iconic books —Pride and Prejudice, Frankenstein—it has been ignored or dismissed by later readers and critics. Bringing this rich but neglected body of works to the fore, Recognizing the Romantic Novel: New Histories of British Fiction, 1780-1830 challenges us to rethink our ideas of the novel as a genre, as well as our long-held assumptions about the literary movement of Romanticism. Ranging from pre-Revolution to post-Waterloo, this volume celebrates the experimental drive and revisionary spirit of the Romantic novel. With essays on authors ranging from Burney to Austen to Hogg, it argues that the Romantic-era novel can be understood as a field, not simply a heterogeneous mass of fictional forms—a field, furthermore, that can hold its own against more widely read eighteenth-century and Victorian novels. Eleven essays by prominent scholars in the field demonstrate that previously unexplored contexts can help us recognize even familiar Romantic-era novels in new and fuller ways. These essays thoughtfully explore such varied concerns as the critique of Enlightenment ideals, the close affiliation between poetry and prose, a fraught engagement with politico-ethical issues, the limits of our access to and understanding of the past, and a rethinking of communities outside the conventions of the marriage plot.