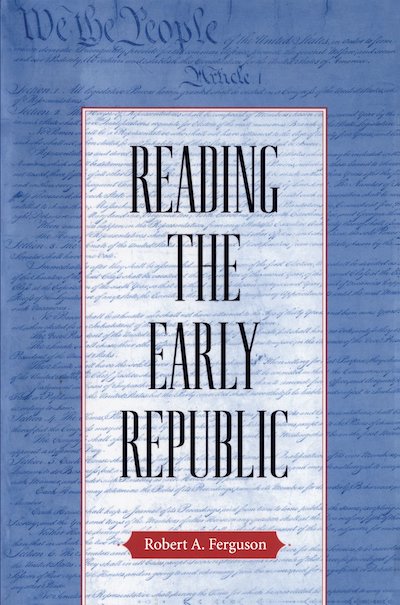 Reading the Early Republic focuses attention on the forgotten dynamism of thought in the founding era. In every case, the documents, novels, pamphlets, sermons, journals, and slave narratives of the early American nation are richer and more intricate than modern readers have perceived.

Rebellion, slavery, and treason—the mingled stories of the Revolution—still haunt national thought. Robert Ferguson shows that the legacy that made the country remains the idea of what it is still trying to become. He cuts through the pervading nostalgia about national beginnings to recapture the manic-depressive tones of its first expression. He also has much to say about the reconfiguration of charity in American life, the vital role of the classical ideal in projecting an unthinkable continental republic, the first manipulations of the independent American woman, and the troubled integration of civic and commercial understandings in the original claims of prosperity as national virtue.

Reading the Early Republic uses the living textual tradition against history to prove its case. The first formative writings are more than sacred artifacts. They remain the touchstones of the durable promise and the problems in republican thought.