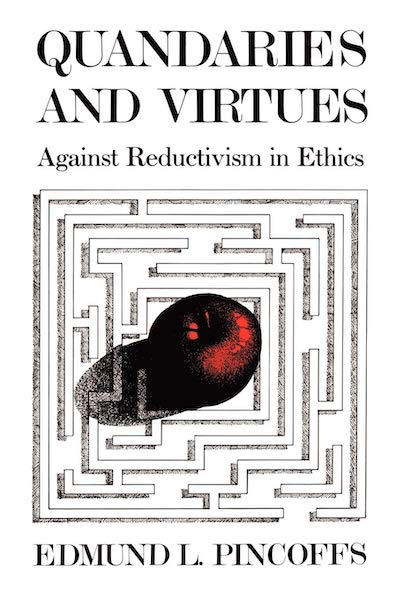 Attuned to the revival of moral concern in public and private life, Edmund Pincoffs argues in Quandaries and Virtues that the "structures known as ethical theories are more threats to moral sanity and balance than instruments for their attainment because ethical theories are, by nature, reductive."

Pincoffs's is the first full-scale examination of the reductionist tendencies in contemporary ethical theory. It explores questions that previously have received scant attention: How can mutually inconsistent and systematically reductive ethical theories be 'applied' to the resolution of moral problems? Is there a defensible form of virtue-oriented perfectionism? How are we to understand the relation of virtue-ideals to the ethics of obligation?