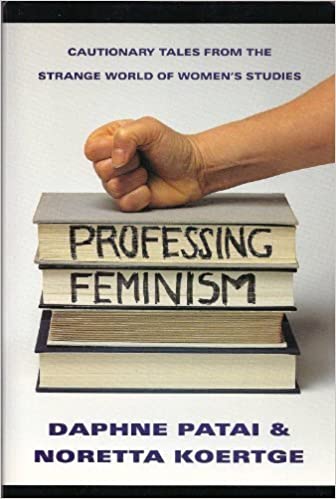 Feminists have often called Women's Studies "the academic arm of the women's movement". With over 600 Women's Studies programs in existence throughout the United States, academic feminism is now a strong presence on college campuses - and beyond. But, as Daphne Patai and Noretta Koertge charge in this hard-hitting book, the attempt to make Women's Studies serve a political agenda has led to deeply problematic results: dubious scholarship, pedagogical practices that resemble indoctrination more than education, and the alienation of countless potential supporters. The authors interviewed dozens of women - professors, students, and staffers - who, like themselves, have invested much time and effort in Women's Studies. These women speak eloquently of their frustration and even despair over the problems and conflicts they experienced in programs where a feminist agenda has been relentlessly pursued. Faced with intolerance and "ideological policing" on the part of both activist colleagues and true-believer students, some of these women withdrew altogether; others, while maintaining their formal association with Women's Studies, took inner flight. All are troubled and alarmed about the future of feminism in the academy. To reveal the root causes of these tensions and animosities, Patai and Koertge present an incisive analysis of the self-defeating ideological games feminists play in colleges and universities, among them IDPOL (identity politics), WORDMAGIC, TOTAL REJ, and BIODENIAL, an extreme form of social constructionism. The authors call on feminists in the academy to abandon their self-destructive ways if they are to regain the positive vision that attracted so many people to feminism inthe first place.