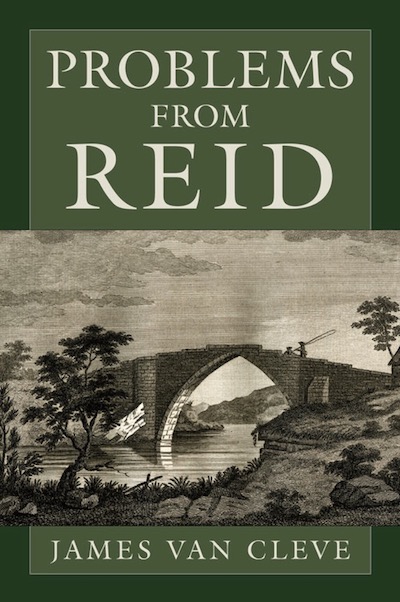 James Van Cleve here shows why Thomas Reid (1710-96) deserves a place alongside the other canonical figures of modern philosophy. He expounds Reid's positions and arguments on a wide range of topics, taking interpretive stands on points where his meaning is disputed and assessing the value of his contributions to issues philosophers are discussing today.

Among the topics Van Cleve explores are Reid's account of perception and its relation to sensation, conception, and belief; his nativist account of the origin of the concepts of space and power; his attempt to clear the way for the belief that the things we directly perceive are external things, not ideas in our minds; his stand on the distinction between primary and secondary qualities; his account of "acquired perception," whereby we come to stand in a quasi-perceptual relation to qualities not originally perceived; his claim that visual space is non-Euclidean; his answers to the questions why we see the world right side up with inverted retinal images and whether a newly sighted person would recognize by sight the shapes he previously knew by touch; whether memory, like perception, is a form of direct awareness; and how we manage to conceive of things that are utterly nonexistent. Also examined are Reid's account of human knowledge by means of "first principles," his externalist reply to philosophical skepticism, his volitional theory of action, his use of the distinction between event causation and agent causation to understand freedom of the will, and his criticism of Hume and anticipation of Moore on the analysis of moral judgment.