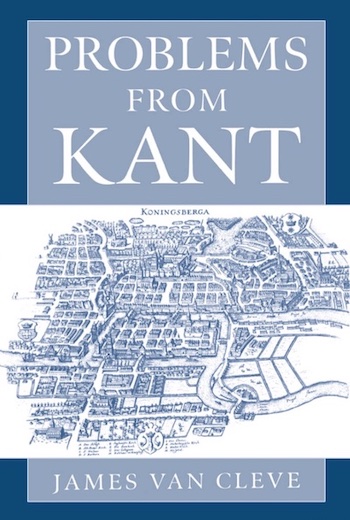 This rigorous examination of Kant's Critique of Pure Reason provides a comprehensive analysis of the major metaphysical and epistemological questions of Kant's most famous work. Author James Van Cleve presents clear and detailed discussions of Kant's positions and arguments on these themes, as well as critical assessments of Kant's reasoning and conclusions.

Expansive in its scope, Van Cleves study covers the overall structure of Kant's idealism, the existence and nature of synthetic a priori knowledge, the epistemology of geometry, and the ontological status of space, time, and matter. Other topics explored are the role of synthesis and the categories in making experience and objects of experience possible, the concepts of substance and causation, issues surrounding Kant's notion of the thing in itself, the nature of the thinking self, and the arguments of rational theology. A concluding chapter discusses the affinities between Kant's idealism and contemporary antirealism, in particular the work of Putnam and Dummett.

Unlike some interpreters, Van Cleve takes Kant's professed idealism seriously, finding it at work in his solutions to many problems. He offers a critique in Kant's own sense--a critical examination leading to both negative and positive verdicts. While finding little to endorse in some parts of Kant's system that have won contemporary favor (for example, the deduction of the categories) Van Cleve defends other aspects of Kant's thought that are commonly impugned (for instance, the existence of synthetic a priori truths and things in themselves). This vital study makes a significant contribution to the literature, while at the same time making Kant's work accessible to serious students.