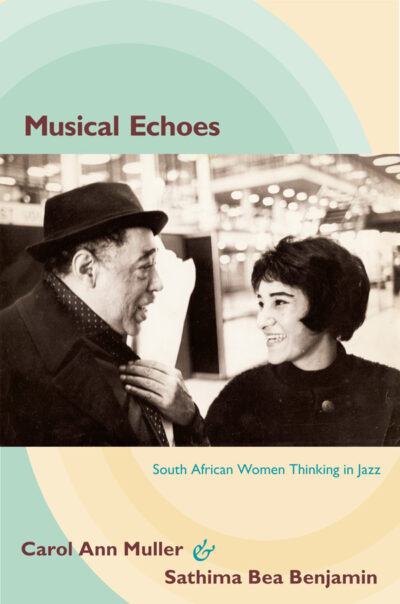 Musical Echoes tells the life story of the South African jazz vocalist Sathima Bea Benjamin. Born in Cape Town in the 1930s, Benjamin came to know American jazz and popular music through the radio, movies, records, and live stage and dance band performances. She was especially moved by the voice of Billie Holiday. In 1962 she and Dollar Brand (Abdullah Ibrahim) left South Africa together for Europe, where they met and recorded with Duke Ellington. Benjamin and Ibrahim spent their lives on the move between Europe, the United States, and South Africa until 1977, when they left Africa for New York City and declared their support for the African National Congress. In New York, Benjamin established her own record company and recorded her music independently from Ibrahim. Musical Echoes reflects twenty years of archival research and conversation between this extraordinary jazz singer and the South African musicologist Carol Ann Muller. The narrative of Benjamin’s life and times is interspersed with Muller’s reflections on the vocalist’s story and its implications for jazz history.