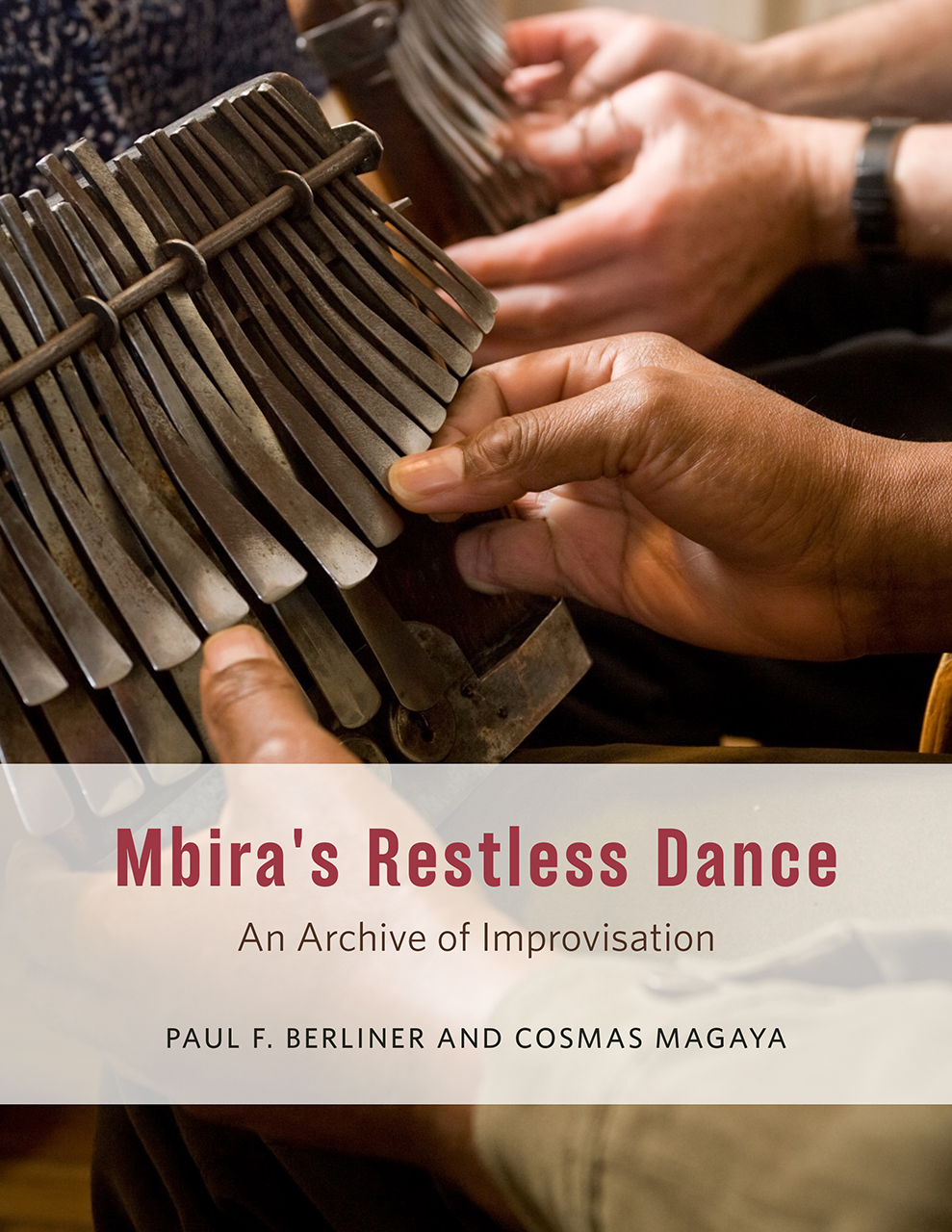 Chicago: The University of Chicago Press, 2020

Growing out of the collaborative research of an American ethnomusicologist and Zimbabwean musician, Paul F. Berliner and Cosmas Magaya's Mbira's Restless Dance documents the repertory for a keyboard instrument known generally as mbira. At the heart of this work lies the analysis of the improvisatory processes that propel mbira music's magnificent creativity.

Mbira's Restless Dance is written to be played. This two-volume, spiral-bound set features musical transcriptions of thirty-nine compositions and variations, annotated with the master player's advice on technique and performance, his notes and observations, and commentary by Berliner. Enhanced with extensive website audiovisuals, Mbira's Restless Dance is in effect a series of masterclasses with Magaya, suitable for experienced mbira players and those learning the fundamentals.

Together with Berliner's The Art of Mbira, in which he provides an indispensable historical and cultural guide to mbira in a changing world, Mbira's Restless Dance breaks new ground in the depth and specificity of its exploration of an African musical tradition, and in the entwining of the authors' collaborative voices. It is a testament to the powerful relationship between music and social life—and the rewards of lifelong musical study, performance, and friendship.