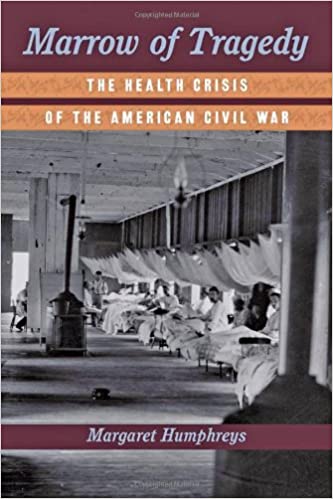 The Civil War was the greatest health disaster the United States has ever experienced, killing more than a million Americans and leaving many others invalided or grieving. Poorly prepared to care for wounded and sick soldiers as the war began, Union and Confederate governments scrambled to provide doctoring and nursing, supplies, and shelter for those felled by warfare or disease.

During the war soldiers suffered from measles, dysentery, and pneumonia and needed both preventive and curative food and medicine. Family members—especially women—and governments mounted organized support efforts, while army doctors learned to standardize medical thought and practice. Resources in the north helped return soldiers to battle, while Confederate soldiers suffered hunger and other privations and healed more slowly, when they healed at all.

In telling the stories of soldiers, families, physicians, nurses, and administrators, historian Margaret Humphreys concludes that medical science was not as limited at the beginning of the war as has been portrayed. Medicine and public health clearly advanced during the war—and continued to do so after military hostilities ceased.