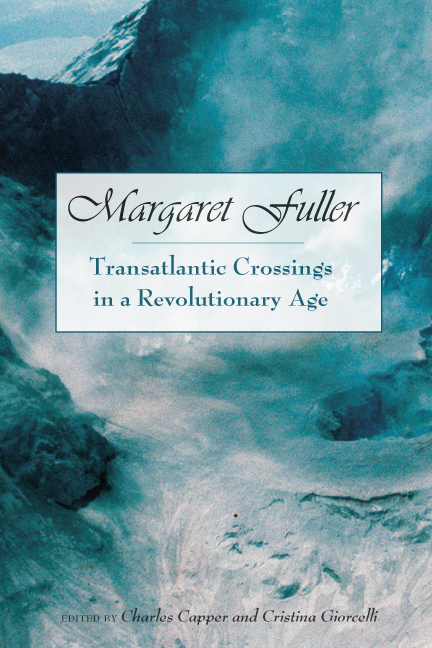 Margaret Fuller (1810–1850), a pioneering gender theorist, transcendentalist, journalist, and literary critic, was one of the most well-known and highly regarded feminist intellectuals of nineteenth-century America. With her contemporaries Ralph Waldo Emerson and Henry David Thoreau, she was one of the predominant writers of the Transcendentalist movement, and she aligned herself in both her public and private life with the European revolutionary fervor of the 1840s. She traveled to Italy as a foreign correspondent for the New York Tribune to cover the nascent revolutions, pursuing the transnational ideal awakened in her youth by a classical education in European languages and a Romantic curiosity about other cultures, traditions, and identities.

This volume is a collaboration of international scholars who, from varied fields and approaches, assess Fuller's genius and character. Treating the last several years of Margaret Fuller's short life, these essays offer a truly international discussion of Fuller's unique cultural, political, and personal achievements. From the origins and articulations of Fuller's cosmopolitanism to her examination of "the woman question," and from her fascination with the European "other" to her candid perception of imperial America from abroad, they ponder what such an extraordinary woman meant to America, and also to Italy and Europe, during her lifetime and continuing to the present.