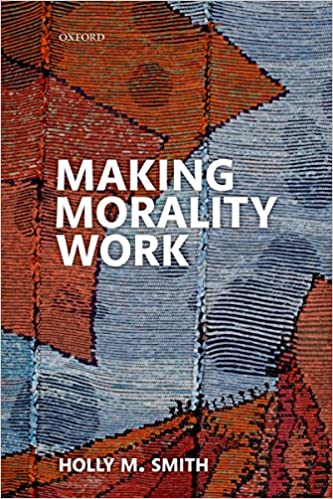 Moral theories are called on to play both a theoretical and a practical role. In their theoretical role they provide accounts of what features make actions right or wrong. In their practical role, they provide a standard by which agents can guide their own conduct. Although it is often assumed that a single theory can successfully serve both these roles, in fact the limits on human knowledge often prevent people from using traditional normative theories to make decisions. People suffer from a wealth of impediments to their grasp of facts morally relevant to their choices: they labor under false beliefs, or they are ignorant or uncertain about the circumstances and consequences of their possible actions. An agent so hampered cannot successfully use her chosen moral theory as a decision guide.

Holly M. Smith examines three major strategies for addressing this "epistemic problem" in morality. One strategy argues that the epistemic limitations of agents are defects in them but not in the moral theories, which are only required to play the theoretical role. A second strategy holds that the main point of morality is to play the practical role, so that any theory incapable of guiding decisions provides an unacceptable account of right-making features, and must be rejected in favour of a more usable theory. The third strategy claims the correct theory can play both the theoretical and practical role by offering a two tier structure. The top tier plays the theoretical role, while the lower tier provides a coordinated set of user-friendly decision guides that play the practical role. Agents use the theoretical account indirectly to guide their choices by directly utilizing the supplementary decision guides. Smith argues that the first two strategies should be rejected, and develops a detailed novel version of the third strategy that positions us to understand its strengths and shortcomings. Making Morality Work opens a path towards resolving a deep problem of moral life.