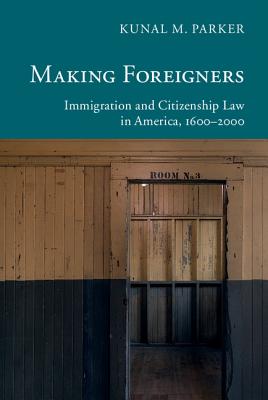 This book reconceptualizes the history of US immigration and citizenship law from the colonial period to the beginning of the twenty-first century by joining the histories of immigrants to those of Native Americans, African Americans, women, Asian Americans, Latino/a Americans and the poor. Parker argues that during the earliest stages of American history, being legally constructed as a foreigner, along with being subjected to restrictions on presence and movement, was not confined to those who sought to enter the country from the outside, but was also used against those on the inside. Insiders thus shared important legal disabilities with outsiders. It is only over the course of four centuries, with the spread of formal and substantive citizenship among the domestic population, a hardening distinction between citizen and alien, and the rise of a powerful centralized state, that the uniquely disabled legal subject we recognize today as the immigrant has emerged.