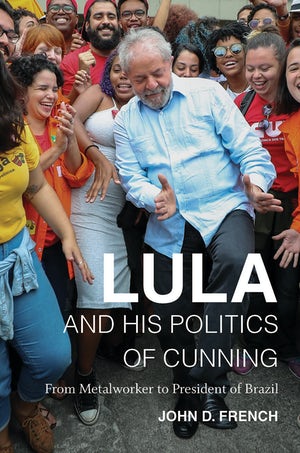 Known around the world simply as Lula, Luis Inácio Lula da Silva was born in 1945 to illiterate parents who migrated to industrializing São Paulo. He learned to read at ten years of age, left school at fourteen, became a skilled metalworker, rose to union leadership, helped end a military dictatorship—and in 2003 became the thirty-fifth president of Brazil. During his administration, Lula led his country through reforms that lifted tens of millions out of poverty. Here, John D. French, one of the foremost historians of Brazil, provides the first critical biography of the leader whom even his political opponents see as strikingly charismatic, humorous, and endearing.

Interweaving an intimate and colorful story of Lula’s life—his love for home, soccer, factory floor, and union hall—with an analysis of large-scale forces, French argues that Lula was uniquely equipped to influence the authoritarian structures of power in this developing nation. His cunning capacity to speak with, not at, people and to create shared political meaning was fundamental to his political triumphs. After Lula left office, his opponents convicted and incarcerated him on charges of money laundering and corruption—but his immense army of voters celebrated his recent release from jail, insisting that he is the victim of a right-wing political ambush. The story of Lula is not over.

French, John D. (NHC Fellow, 1995–96). Lula and His Politics of Cunning: From Metalworker to President of Brazil. Chapel Hill: The University of North Carolina Press, 2020.