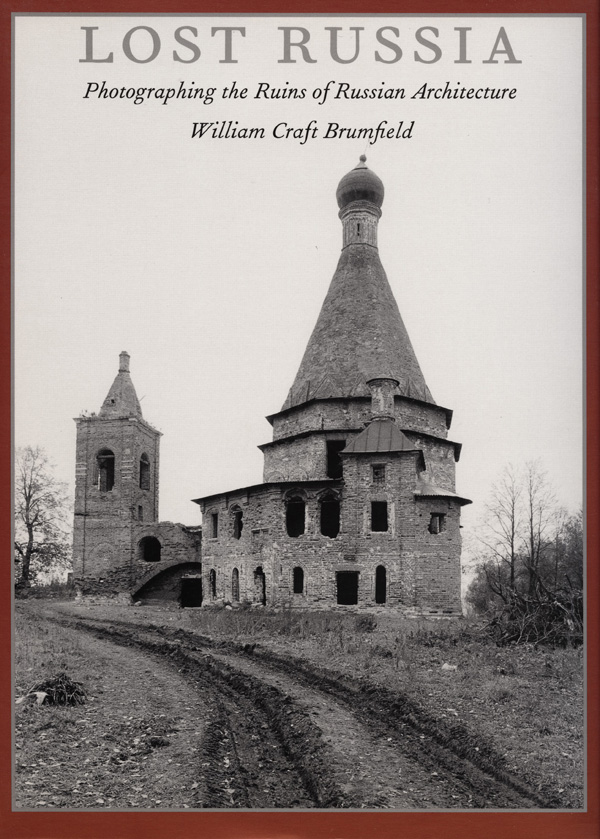 The twentieth century in Russia has been a cataclysm of rare proportions, as war, revolution, famine, and massive political terror tested the limits of human endurance. The results of this assault on Russian culture are particularly evident in ruined architectural monuments, some of which are little known even within Russia itself. Over the past four decades William Craft Brumfield, noted historian and photographer of Russian architecture, has traveled throughout Russia and photographed many of these neglected, lost buildings, poignant and haunting in their ruin. Lost Russia provides a unique view of Brumfield’s acclaimed work, which illuminates Russian culture as reflected in these remnants of its distinctive architectural traditions.

Capturing the quiet, ineffable beauty that graces these buildings, these photographs are accompanied by a text that provides not only a brief historical background for Russian architecture, but also Brumfield’s personal impressions, thoughts, and insights on the structures he views. Churches and monasteries from the fifteenth to the twentieth century as well as abandoned, ruined manor houses are shown—ravaged by time, willful neglect, and cultural vandalism. Brumfield also illustrates examples of recent local initiatives to preserve cultural landmarks from steady decline and destruction.

Concluding with photographs of the remarkable log architecture found in Russia’s far north, Lost Russia is a book for all those concerned with the nation’s cultural legacy, history, and architecture, and with historic and cultural preservation generally. It will also interest those who appreciate the fine art of exceptional photography.