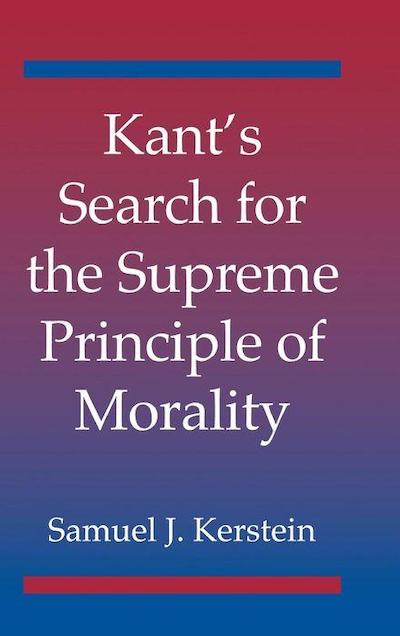 At the core of Kant's ethics lies the claim that if there is a supreme principle of morality then it cannot be a principle based on utilitarianism or Aristotelian perfectionism or the Ten Commandments. The only viable candidate for such a principle is the categorical imperative. This book is the most detailed investigation of this claim. It constructs a new, criterial reading of Kant's derivation of one version of the categorical imperative: the Formula of Universal Law. This reading shows this derivation to be far more compelling than contemporary philosophers tend to believe. It also reveals a novel approach to deriving another version of the categorical imperative, the Formula of Humanity, a principle widely considered to be the most attractive Kantian candidate for the supreme principle of morality. This book will be important not just for Kant scholars but for a broad swathe of students of philosophy.