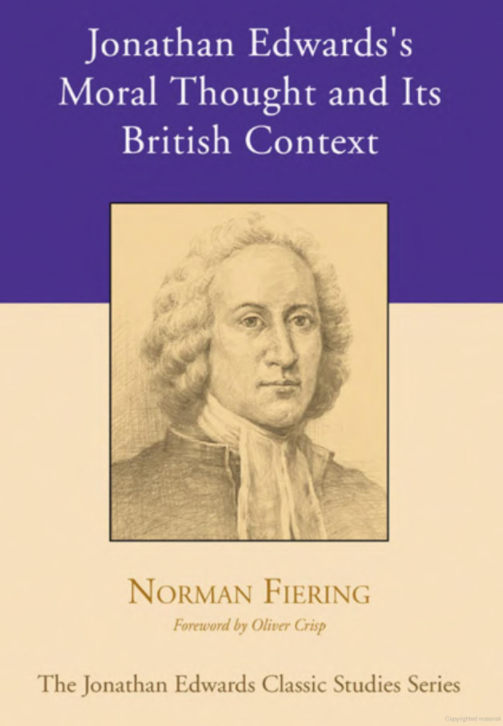 Williamsburg, VA: Published for the Institute of Early American History and Culture, Williamsburg, VA, by the University of North Carolina Press, 1981

The problems of moral philosophy were a central preoccupation of literate people in eighteenth-century America and Britain. It is not surprising, then, that Jonathan Edwards was drawn into a colloquy with some of the major ethicists of the age. Moral philosophy in this era was so all-encompassing in its claims that it encroached seriously on traditional religion. In response, Edwards presented a detailed analysis and criticism of secular moral philosophy in order to demonstrate its inadequacy, and he formulated a system that he believed was demonstrably superior to the existing secular systems. In this comprehensive study, Norman Fiering skillfully integrates Edwards's work on ethics into seventeenth- and eighteenth-century British and Continental philosophy and isolates Edwards's particular contributions to the ethical thought of his time. In addition, Fiering traces the chronological development of Edwards's thought, showing the relationship between his wide reading and his writing. The Jonathan Edwards Classic Studies Series consists of the finest monographs on the life and thought of Jonathan Edwards that have up to now had limited availability. With the publication of this series, the Jonathan Edwards Center at Yale University hopes to afford Edwards scholars everywhere the opportunity to readily engage these masterful studies at a reasonable price