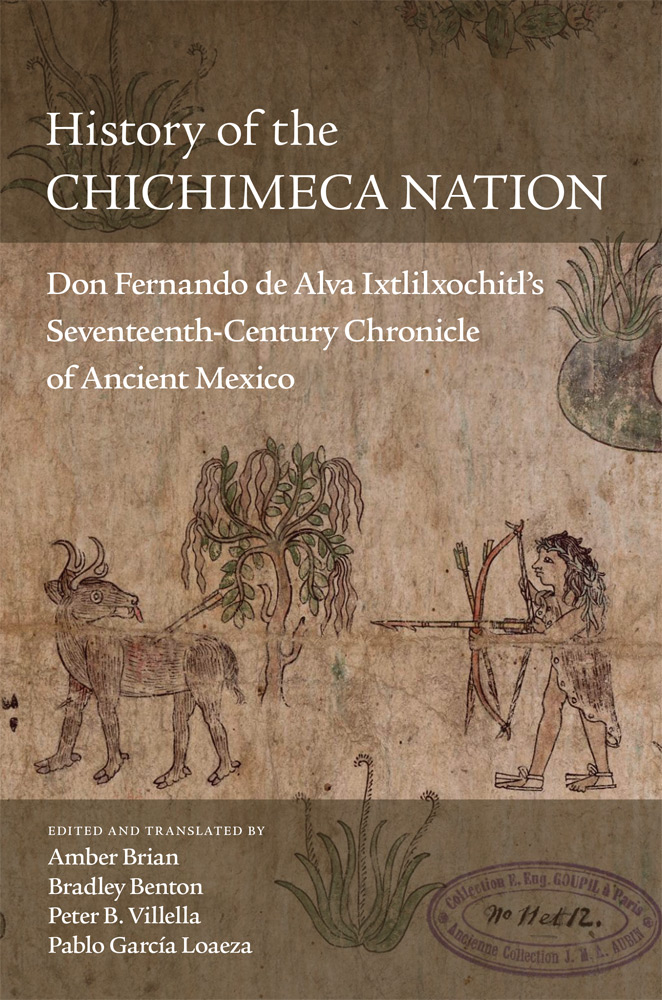 A descendant of both Spanish settlers and Nahua (Aztec) rulers, Don Fernando de Alva Ixtlilxochitl (ca. 1578–1650) was an avid collector of indigenous pictorial and alphabetic texts and a prodigious chronicler of the history of pre-conquest and conquest-era Mexico. His magnum opus, here for the first time in English translation, is one of the liveliest, most accessible, and most influential accounts of the rise and fall of Aztec Mexico derived from indigenous sources and memories and written from a native perspective.

Composed in the first half of the seventeenth century, a hundred years after the arrival of the Spanish conquerors in Mexico, the History of the Chichimeca Nation is based on native accounts but written in the medieval chronicle style. It is a gripping tale of adventure, romance, seduction, betrayal, war, heroism, misfortune, and tragedy. Written at a time when colonization and depopulation were devastating indigenous communities, its vivid descriptions of the cultural sophistication, courtly politics, and imperial grandeur of the Nahua world explicitly challenged European portrayals of native Mexico as a place of savagery and ignorance. Unpublished for centuries, it nonetheless became an important source for many of our most beloved and iconic memories of the Nahuas, widely consulted by scholars of Spanish American history, politics, literature, anthropology, and art.

The manuscript of the History, lost in the 1820s, was only rediscovered in the 1980s. This volume is not only the first-ever English translation, but also the first edition in any language derived entirely from the original manuscript. Expertly rendered, with introduction and notes outlining the author’s historiographical legacy, this translation at long last affords readers the opportunity to absorb the history of one of the Americas’ greatest indigenous civilizations as told by one of its descendants.