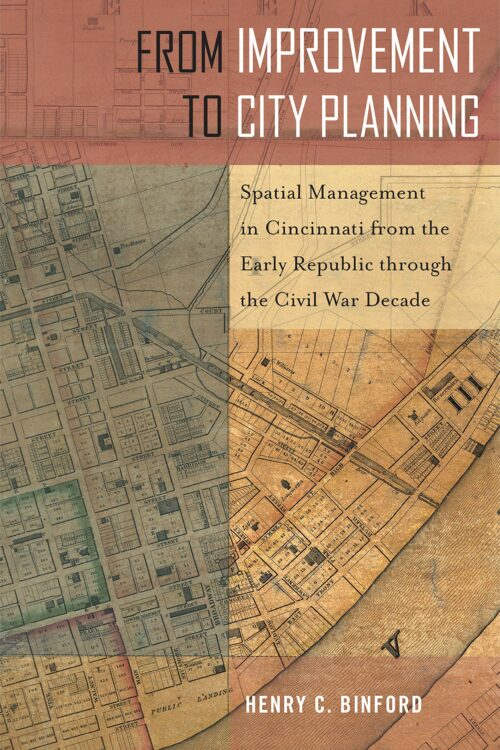 From Improvement to City Planning emphasizes the ways people in nineteenth-century America managed urban growth. Historian Henry Binford shows how efforts to improve space were entwined with the evolution of urban governance (i.e., regulation)—and also influenced by a small group of advantaged families.

Binford looks specifically at Cincinnati, Ohio, then the largest and most important interior city west of the Appalachian Mountains. He shows that it was not just industrialization, but also beliefs about morality, race, health, poverty, and “slum” environments, that demanded an improvement of urban space. As such, movements for public parks and large-scale sanitary engineering in the 1840s and ’50s initiated the beginning of modern city planning. However, there were limitations and consequences to these efforts.

Many Americans believed that remaking city environments could also remake citizens. From Improvement to City Planning examines how the experiences of city living in the early republic prompted city dwellers to think about and shape urban space.